Token sale has been finished

PATRON／What is PATRON？
PATRON is the sharing economy for influencers

Influencers and social media (SNS) users from around the world can publish, discover, reserve, or sell influencer data on PATRON's trustful platform on both web and mobile. PATRON is a one stop shop for social media influencer focused brands and influencers themselves.

To create next-generation services for influencers and provide a platform give equality to influencers, both globally famous and local.

We want to make a global impact on the level of Apple and Google and bring Japan’s thriving tech and influencer scene to new markets. Over the past four years we have worked with influencers and social media. We have the network built, the experience, and the technological expertise to make this dream a reality.

Here are a sample of ICOs we have worked with and supported in 2017:

3. Toyo Influencer Hub: Office for influencers and for future influencers, marketers and engineers in Tokyo area of Japan. Equipped with a movie studio and work space.

PATRON is an open-source cryptocurrency, PATRON COIN(PAT).
PAT is the standard and common currency, used within PATRON’s ecosystem
PAT is implemented on the public Ethereum Blockchain, as an ERC-20 token.

PATRON will distribute 240 million PAT within the ICO process out of the total supply of 400 million PAT.
160 million PAT is allocated to PATRON and is strategically used for distribution to board members, advisers and long-term development of PATRONs.
In an industry where the SNS marketing fee is 40%, introducing a smart contract technology produces the merit of eliminating brokerage fees, which will increase influencer’s income and decrease client payments.

・PAT as a contract transaction between host (influencer) and guest (contractor).
・PAT as a collaboration between host (influencer) and guest (influencer).
・PAT as an ambassador contract with an influencer.
・Acquisition, selling and trading of influencers using PAT.
・Influencer followers, fans can use PAT from PATRONs.
・Followers and fans vote for influencers using PAT.
・Influencers with more voting are displayed on the upper level.
・Fan voting is cleared when an appreciation fee is paid.
・Although the display rank drops when the contract occurs, if the fan vote increases, it goes to the upper level, and it gets easier to close the contract.

How to calculate appreciation

MESSAGE FROM the founder

An influencer refers to a person who has a very strong influence in the social media space, including Youtubers, bloggers, and Instagramers.

Since 2010, I have been promoting influencer marketing in Japan, earlier than anyone else. As an influencer, I have worked tirelessly to spread the existence and influence of influencer marketing as a viable business model for brands and creatives. This has giving me and my team the ability to attract and broker influencers in a win-win situation.

In addition to that, we are currently accumulating "the ability to create better products".

I will be the only Japanese entrepreneur admitted by Facebook founder Mark Zuckerberg of the same age as mine.

By developing and implementing influencer sharing economies and services using blockchain technology, influencers from all over the world, including influencers in Japan, will be gathered on the platform and recruited.

Our sights are set globally and we are looking to have a global impact. We want to bring equality to influencers, especially the ones struggling to break out of a local market.

If you have an Internet connection, smartphone, or social media, we want you to have a platform you can trust and utilize to share your creative perspective.

Through PATRON, we are happy if we can give away love, courage and excitement to youth around the world. 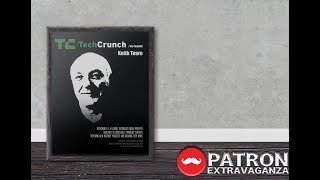 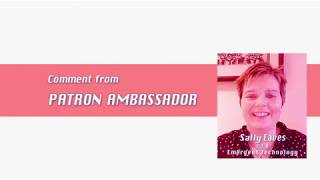 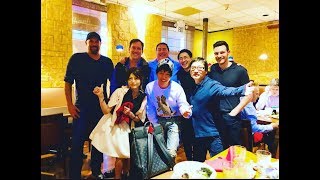 To all registrants
PATRON TOKEN present